Home Kathleen's Blog What Biodiversity Means to Me

What Biodiversity Means to Me 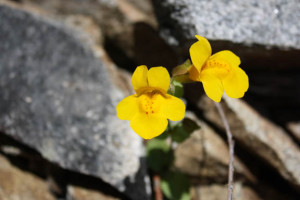 We have a tendency, those of us who care about the natural world, to struggle to define that which we care about most. Words like “natural” have become weak, corrupted by their use on everything from breakfast cereal to cosmetics. Nature has become similarly diluted, now more representative of a backyard than an ecosystem. Not that I am opposed to natural backyards, quite the opposite, but most are a far cry from a functional ecological system.

Scientific terms such as biodiversity and ecosystem are equally problematic. “Nobody knows what that means!” decry the communications experts. “People can’t relate if they can’t understand what you’re talking about.” And there is truth in that. I know nothing about quantum physics and instead of understanding terms like “wave-particle duality”, “harmonic oscillators” and “quantum gravity” I hear blah, blah, blah, blah gravity. I suspect that for many people, words like biodiversity and ecosystem invoke the same response.

We know that people will protect what they care about most. So, we have a responsibility, if we care about biodiversity, to create connections between people and ecosystems. Not by dumbing down our language, but instead by giving difficult concepts like biodiversity real, emotional meaning.

Too often we defend the importance of biodiversity in intellectual terms; we speak of threats to the environment, the number of species and the value of habitat in a way that is removed from our personal experience. And yet, for many of us, myself included, it is not the intellectual value of biodiversity that has captured us. It is the personal experiences. The magic of seeing a grizzly bear in the wild for the first time, of sitting on top of a mountain top beside the fragile beauty of an alpine wildflower blooming above the treeline, or of being entranced by the remarkable battle of salmon spawning in a river.